South Florida is among the most dangerous places in the country for pedestrians.

As a matter of fact, the four most dangerous metro areas in the country for pedestrians are Orlando-Kissimmee, Tampa-St. Petersburg-Clearwater, Jacksonville, and Miami-Fort Lauderdale-Pompano Beach, according to a report by Transportation for America. Statistics from the National Highway Traffic Safety Administration are equally grim: 4,280 pedestrians were killed and more than 70,000 were seriously injured in 2010. Florida reported 499 pedestrian deaths that year, according to the Highway Department of Safety and Motor Vehicles. Nearly 8,000 were injured.

Injuries in these cases are often quite serious and can include broken bones, spinal cord injuries, traumatic brain injury, back and neck trauma, amputation and crush injuries and permanent disfigurement. From a legal standpoint, seeking the advice of a pedestrian accident attorney in Broward or Maimi-Dade is critical in the immediate wake of collisions involving pedestrians and motor vehicles. Tragically, too many of these cases are the fault of hit-and-run drivers, which can further complicate recovery. And, in cases where insurance is available, policy limits may be insufficient to cover the full measure of a victim’s loss, which includes lost wages, medical bills and pain and suffering.

Safety advocates continue to point the finger at municipalities, homeowners associations, and building contractors. Throughout South Florida, city leaders, environmental advocates and community groups push walking as easy exercise and a safe and affordable transportation alternative. Urban infill projects rehabilitate blighted neighborhoods even as the residential building industry erects newer golf course communities. With an aging population – and the coming of the so-called silver tsunami as an unprecedented wave of baby boomers retire –walking continues to be promoted as a safe and economical mode of travel. Equal attention and investment needs to be placed on improving pedestrian infrastructure as the risks are expected to continue to increase among the retired population.

Yet transportation agencies find themselves facing budget cuts and ever scarcer resources. And instead continue to focus on improving infrastructure for high-speed traffic, with little or no emphasis on pedestrian safety.

After the Pedestrian Accident

The immediate aftermath of such collisions is a critical time. Documenting the scene through photographs can be crucial, particularly if variables like changing seasons, growing vegetation or weather conditions are a factor in your case. In other cases, those responsible may quickly move to correct a dangerous condition that caused or contributed to an accident – such as a temporary construction zone or inoperable traffic control device.

A driver may also have been under the influence, exhausted or distracted. Cell phone records, or a review of the car’s interior may provide critical evidence. And technology continues to play a role in more and more traffic collisions, whether red-light cameras, surveillance footage, collision-detection systems or hybrid/electric technology.

The U.S. Department of Transportation launched its 2013 safety efforts by proposing new minimum-sound requirements for hybrid and electric vehicles. When traveling under 20 mph, the vehicles are too quiet to hear.

Identifying and obtaining contact information from witnesses at the scene is also a good idea. However, you should not speak to an insurance company, accept any form of payment or sign any paperwork until you’ve had a chance to sit down with an experienced law firm. 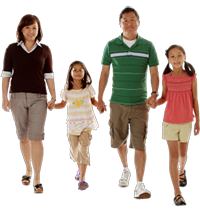