During these lovely summer days many people are longing for a refreshingly cold beer, or cocktail in the evenings after work. It is absolutely understandable - moments like those create fantastic memories. However, we must, even in those moments of carelessness, think about safety. Drunk driving is a serious problem in the US. The Centers for Disease Control (CDC) and Prevention state that every day 29 people in the US die in motor accidents that involved an alcohol-impaired driver. The costs associated with alcohol-related crashes is over $44 billion annually.

After having a drink, or more, people often feel that they are still capable of driving home safely, and that is the problem. In this article, our car accident attorney in Pompano Beach will illustrate to you how dangerous drunk driving is.

Who is at risk?

There are three social groups that stand out for being at risk the most of being involved in an alcohol-related car crash. According to the 2016 Traffic Safety Facts Data released by the National Highway Traffic Safety Administration (NHTSA), they are the following:

A 2016 report states that motorcyclists between the ages of 35 to 39 have the highest percentage of deaths at BAC of at least 0.08%, which stands at 38%. Additionally, 25% of motorcyclists killed in crashes had a BAC of 0.08%, or higher.

DWI ex-convicts with a BAC of at least 0.08% have a 9% chance of being involved in a fatal crash, compared to a 2% chance for drivers with no alcohol in their system.

Considering the above statistics, our Pompano Beach car accident attorney strongly suggests that the high risk groups contact our practice to learn about how to keep safe on the roads. Alternatively, you can read “Car accidents: avoid at all costs but be prepared” and “5 tips on how to stay safe on the roads” for guidance.

The effects of alcohol on driving

The Blood Alcohol Concentration (BAC) is measured by the weight of alcohol present in a certain volume of blood. In all 50 States, the District of Columbia and Puerto Rico it is illegal to operate a vehicle with a BAC level of 0.08 grams of alcohol per deciliter (g/dL). However, many states chose to enforce stricter laws. This is because a BAC level of as little as 0.02% impairs the driver. In 2017, 1,837 people died in alcohol-related crashes where drivers had lower BAC levels - BACs of 0.01-0.7 g/dL. In order to be sure of the legal BAC levels in your state, contact our Pompano Beach auto accident attorney, who is always up to date with regulation and law changes. 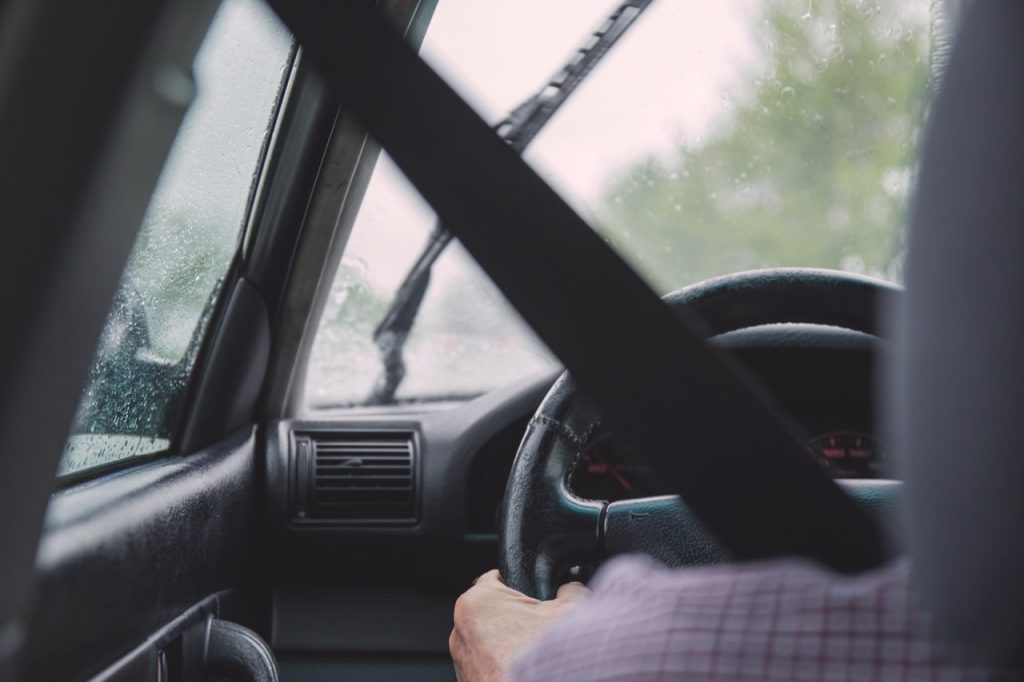 The NHTSA gives a detailed explanation of the common effects of different BAC levels on the human body and driving ability.

At this level people usually experience a loss of judgement, they feel more relaxed and their mood alters. In regards to driving, there is a decline in visual functions, especially a loss of ability to rapidly track moving objects, and in the ability to multitask.

0.05 g/dL
The common changes at this BAC level are exaggerated behavior, some muscle control (like inability to focus your eyes), impaired judgement, lowered alertness and a release of inhibition. The effects on driving include reduced coordination, and a reduced ability to track moving objects, steer and respond to emergencies.

In the United States this BAC level is already illegal for a driver. This is because people tend to experience a noticeable loss of muscle control, which affects speech, balance, reaction time, and vision, and an impairment of judgement, self-control, reasoning and memory. At this point drivers’ concentration, short-term memory, speed control and information processing capabilities become negatively affected.

When there is such a high blood alcohol concentration, a person experiences a significant deterioration of reaction time, control, and coordination alongside having slowed thinking and slurred speech. The drivers usually show a lack of ability to maintain lane position and to brake appropriately.

This is an incredibly serious BAC level. At this level the person has a significant loss of control and balance, alongside potential vomiting. The latter doesn’t occur if the person has developed an alcohol tolerance, or has reached this level slowly. In terms of driving, there is a substantial reduction in vehicle control, attention to driving and in crucial visual and auditory information processing.

Here is what we do:

You NEVER PAY unless YOU GET PAID. We understand you have your choice of no-win, no-fee personal injury lawyers.

Understand your legal rights when you are involved in a car accident. Schedule an appointment or contact us at 954-961-5100 for more information or to discuss your free consultation. We speak English and Spanish.

Attorney Rafael A. Gonzalez received his Juris Doctorate from the University of Miami School of Law.
While at the University of Miami, Mr. Gonzalez earned a judicial clerk position with the Honorable Judge Shelley Kravitz of the County Court House for Miami Dade County and took part in one of the largest product liability litigation cases in the United States. The case, Engle v Liggett, was against tobacco companies and resulted in a 145 billion dollar award to the plaintiffs.
Mr. Gonzalez earned his stripes working with firms in Downtown Miami and Hialeah, Florida as a civil attorney. In 2010, Mr. Gonzalez joined forces with other civil litigators as a partner in the law firm of Freeman, Mallard, Sharp and Gonzalez specializing in motor vehicle accidents.
Read more about him here.
08/18/2019